Cellphone Use Increases In Spite Of Danger 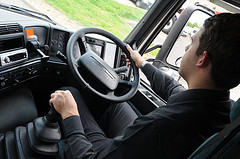 Phoning while driving increases year by year, even as evidence of the risk accumulates.  More drivers than ever are talking on cell phones. The National Highway Traffic Safety Administration (NHTSA) reports that at any time of day 6 percent of drivers on U.S. roads in 2005 were using hand-held phones – double the  rate that was observed 5 years ago. The highest phone use rate in 2005 (10 percent) was among drivers 16 to 24 years old.

It’s troubling that the youngest drivers are the most likely to be talking on phones,” says Anne McCartt, Institute research vice president.   These drivers already have higher crash rates than older drivers, including higher fatal crash rates, and the last thing they need  is the distraction of using a phone.”

Tagged with: cellphone use • teen driving