It’s Not Easy Being Teen

You hear a lot about the dangers of drugs and alcohol, especially if you’re a teen, and while we don’t want to minimize the threat of substance abuse, they are not the top killer of teenagers. Instead the number one cause of death among teens is car crashes. In fact, the fatality rate for teenage drivers is nearly four times higher than for drivers past their teenage years.

But if you have a teenage driver in your family, you don’t have to thow up you hands and give up. There are effective ways to help your teenager stay safe. 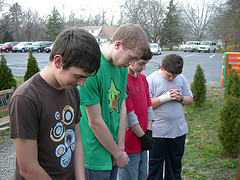 One way is by making the teen’s vehicle as safe as it can be. Make sure your teen’s car has important active and safety equipment such as airbags and anti-lock brakes. Cars that are newer are usually safer because they have more safety features, including the latest in crash-protection technology. Also, it is an excellent idea to obtain professional driving instruction for your teen.

Another good idea to help reduce potential distractions by limiting the number of passengers allowed in the car with your teen, as well as the hours during which they are allowed to drive. Data from the National Traffic and Safety Administration shows that 63 percent of teen deaths occur when there are multiple teens in the same vehicle and more than half of teen crashes happen at night.

Also, make sure your teen has the proper equipment in their vehicle before hitting the road, including a cell phone with emergency road service numbers and emergency supplies like a spare tire, lug wrench and flashlight. And the number-one safety measure is the religious use of seatbelts, which reduces their risk of injury or even death by nearly 50 percent.