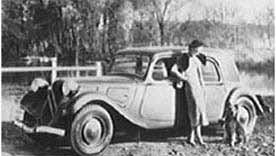 By the way, there is no doubt,  that Andre Citroen was a gambling man. The son of a Dutch diamond broker, Citroen was born in 1878 and by the time he reached the age of 25, he was a force to be taken seriously in French industry. After graduating from technical college, he obtained a license for a Russian process of machining gear teeth and, license in hand, set up a machine works. The gears rapidly gained a reputation for silence and strength, and Citroen’s business, which he manage with great vigor, became very profitable. Soon the prominent French automobile producer Mors asked him for technical assistance, his first foray into the car industry. END_OF_DOCUMENT_TOKEN_TO_BE_REPLACED 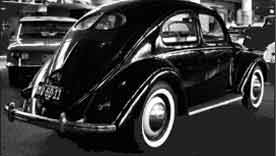 What is now the most  famous car the world has ever known suffered so many false starts and survived so much hardship, that it is difficult to imagine a harder road to victory. Yet, somehow, the Volkswagen Beetle not only endured but prospered. END_OF_DOCUMENT_TOKEN_TO_BE_REPLACED

Gottlieb Daimler’s company had grown into a staid, conservative enterprise  producing a succession of dreary automobiles

when Ferdinand Anton Porsche strode in the door in the 1920’s.  Daimler, of course,  was one of the earliest auto pioneers, assembling a motor carriage in 1886 almost on top of the work being done by his fellow German, Karl Benz. In 1907,  Paul, Gottlieb Daimler’s son,  took over the chief engineering post at the company, and, while he made certain it maintained its reputation and a builder of sound engines, there wasn’t much excitement or verve attached to the Daimler brand.

Ferdinand Porsche, however, would alter all that. END_OF_DOCUMENT_TOKEN_TO_BE_REPLACED