What do consumers want in a vehicle? A lot of people think they know, but Autobytel, one of the most popular new-car buying and research destinations on the Web, decided to ask the question of its millions of monthly car-shopping visitors. Specifically, consumers were requested to review some of the most highly anticipated year-end vehicle debuts and to provide their feedback on what directions they think automakers should take (and which strategies they might want to reconsider) in 2004. Here’s what today’s in-market auto shoppers have to say about current model trends and what they’d do differently moving forward: 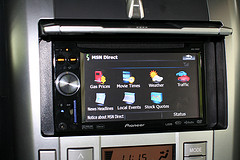 Consumers sent clear messages to the automakers about the vehicle categories they want them to expand, what style directions they should take, and which features and technology would most influence their buying decisions. In general, hybrids and sports cars topped consumers’ category wish lists–with 25 percent indicating that they’d most like to see more sports cars and 19 percent signaling that they’d prefer to see more hybrids. (Only 13 percent said they’d like to see more SUVs.) The responses, however, played out differently depending upon manufacturer. For example, most respondents would like to see Ford build a family wagon, while most would like to see Honda build a truck.

One finding that jumped off the page was how little value shoppers attribute to the new generation of gadgets and gizmos that are hitting the market with very few indicating that they’d pay more for these often expensive features. Only nine percent, for example, said they’d pay extra for a DVD navigation system or GPS mapping system. Only 6.3 percent said they would pay extra for a mobile entertainment system (i.e., TV/DVD screens, earphone ports, satellite radio, remote controls, etc.), while a mere 5.9 percent said they’d shell out more for a voice recognition system. (We say if you don’t recognize the voice, hang up the phone.)

In contrast, consumers do place a high premium on safety features, with 31 percent indicating they’d pay more for features like side air bags, side curtain air bags and head restraint systems. When asked what the OEMs’ top priority should be when they build a new vehicle, 41 percent replied “better reliability” and 24 percent said “fuel-efficiency.”

In terms of styling, 70 percent of respondents favored the “sleek, futuristic look” of the Chrysler Crossfire, Nissan Murano, Toyota Prius, Infiniti FX 45, et al. The boxy/utilitarian/Gen-Y look exemplified by the Honda Element and Toyota Scion xB, on the other hand, received a cool reception, with only six percent indicating that they like this design direction best.