Do You Know Your Car’s True Identity?

With electronic funds transfer, online purchasing, and credit cards everywhere, the problem of identity theft is a hot topic for consumers, retailers, and law enforcement. Recently a series of ads running in heavy rotation on television has pointed out the problem in a blatantly in-your-face way. But now identity theft has a new wrinkle. The stolen identities aren’t those of people; they are the identities of cars. In fact, if you are driving a used car these days, that car might not be what you think it is, and the difference could end up costing you thousands of dollars. 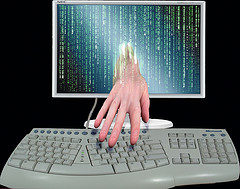 The new scam is called “VIN cloning,” and it involves using a vehicle identification number
(VIN) from one vehicle to mask the true identity of another (stolen) vehicle. In essence using the cloned VIN, which is the vehicle equivalent of a Social Security number, turns that stolen property into a “legal” vehicle that can be sold and titled.

Unfortunately, more and more unsuspecting consumers find themselves as unwitting recipients of stolen goods. Take Shawna Martin, for instance. She always loved Jeeps, so she was thrilled when she purchased what she believed was a used 1984 Jeep Cherokee. But, when she took the vehicle in to be serviced, her mechanic encountered a problem.

“He couldn’t imagine why a 1984 Jeep was taking [model year] 1990 parts,” said Martin. “I did a CARFAX Report, and the mileage turned out to be vastly different.”

Based on the info she obtained from CARFAX, the leading provider of car history data, Martin thought she was the victim of odometer fraud, so she called the state police to report the discrepancy. Instead of confirming the rollback, the police determined her 1984 Jeep was actually a 1990 Jeep that had been reported stolen. Police immediately confiscated the vehicle.

“They had it for nearly a year, which was horrible,” she said. “I was making loan payments on a car I didn’t even have.”

When Martin was finally able to get the vehicle back, it was no longer mechanically sound because it had been sitting in the impound lot for so long. Martin, as well as the dealer who unknowingly sold her the stolen car, was a victim of VIN cloning.

How do thieves steal vehicle identities? It is not as difficult as you might imagine, and the technique dates back to long before the Internet came into play. Often it is as simple as visiting an auto salvage yard.

“You don’t have to sneak in. A lot of yards have a ‘pick your own parts’ policy,” said an undercover police informant familiar with the process. “You go back there and take down the VIN numbers.”

Car thieves can also obtain “new” VINs by swiping the plate or the number from vehicles sitting at dealerships or in parking lots. They then use the counterfeit numbers to obtain new ownership documents under false pretenses. Or they may simply forge new documents using the stolen vehicle identity.

There are steps used car shoppers can take to avoid “cloned” vehicles. Scott Fredericks, Vice President of CARFAX, recommends that consumers start by checking the VIN on the vehicle’s dashboard against the title documents.

“You should also match that number in other places on the vehicle including under the hood and the door jamb on the driver’s side,” said Fredericks. “Make sure it matches in all three spots.”

Consumers also can protect themselves by obtaining a comprehensive vehicle history report for their dealer or at www.carfax.com. Sadly, statistics just released by the FBI in its Uniform Crime Report indicate that the most recent year examined in detail (2002) was the third consecutive year that the vehicle theft rate increased. The agency’s “Crime Clock” reveals that, based on those numbers, a vehicle is stolen every 25.3 seconds in the U.S. To avoid being part of this $8.4 billion problem, be especially careful when you buy a used car. As if you hadn’t heard that advice before.

—Villeperce, France-based Tom Ripley is an expert on identity theft. He writes frequently for Driving Today.

Filed under: Sell My Car