For decades “black box” data recordershave been helping investigators sort out causes of deadly airplane crashes. Now that same kind of technology will be available in automobiles. The IEEE Standards Association, a globally recognized standards-setting body, has created the first universal standard for motor vehicle event data recorders (MVEDR) after more than a decade of research and development. 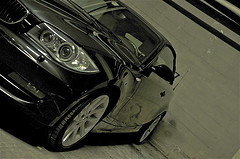 National Safety Council statistics show that motor vehicle accidents are the leading cause of death in those between four and 33 years in the U.S. They are the nation’s largest public health problem, causing a death every 12 minutes and a disabling injury every 14 seconds. Worldwide, someone dies in a motor vehicle crash each minute. Road crash fatalities have claimed about 30 million lives globally since 1896.

The new standard, IEEE 1616 “Motor Vehicle Event Data Recorders,” specifies minimal performance characteristics for onboard tamper- and crash-proof memory devices for all types and classes of highway and roadway vehicles. This international protocol will help manufacturers develop what are commonly called “black boxes” for autos, trucks, buses, ambulances, fire trucks, and other vehicles. It includes a data dictionary of 86 data elements and covers device survivability.

“The more accurate the data we gather on highway crashes, the better chance we have to reduce their devastating effects,” said Jim Hall, co-chair of the IEEE P1616 Working Group and former head of the National Transportation Safety Board (NTSB). “That’s why it’s so important to have recorders that objectively track what goes on in vehicles before and during a crash as a complement to the subjective input we get from victims, eye witnesses and police reports. The NTSB considers this so important that it places ‘automatic crash sensing and recording devices’ high on its list of ‘Most Wanted’ transportation safety improvements.”