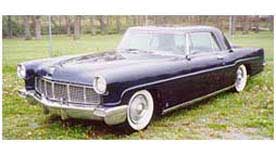 If you are known by the company you keep, then the Mark II warrants high marks. A wide swath of the rich and famous in the 1950’s owned one, including Elvis Presley, Dwight Eisenhower, Nelson Rockefeller, Barry Goldwater,  Frank Sinatra, Louie Prima, Spike Jones,  Henry J. Kaiser, Howard Johnson and the Shah of Iran. END_OF_DOCUMENT_TOKEN_TO_BE_REPLACED

One of that very select number, though, is the topic of this profile. The LaSalle marque didn’t cease to exist because it faced year after year of deteriorating sales. No, the death of the LaSalle, strange as it sounds, was caused by its success.

As Desi Arnaz would say, Okay, I have some serious “splainin'” to do, so let’s start at the beginning, which for LaSalle was 1927, the same year that Lindbergh flew from New York to Paris. By the mid-Twenties it had become obvious that the General Motors strategy of offering a variety of  models from low-priced Chevrolet to premium-priced Cadillac was not just successful but, practically, a stroke of genius that would eventually lead to domination of the American market and make GM the world’s biggest automotive company. In fact, it was in 1927 that the GM onslaught finally influenced Henry Ford that he would have to build something other than the venerable Model T to stay in business. END_OF_DOCUMENT_TOKEN_TO_BE_REPLACED 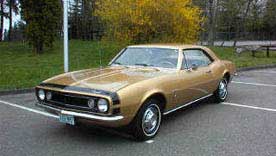 Ford took a page from Studebaker and the American Motors  and designed what was essentially a scaled-down American car, which it named the Falcon. GM’s method was more “reach-out.”  Taking a page from the VW book, it entered the END_OF_DOCUMENT_TOKEN_TO_BE_REPLACED

From 1932 to 1954 the fate of Ford Motor Company would ride a wild roller coaster of ups and downs.

At times, sales forged ahead rapidly, and at others the company narrowly scaped going under.  However, throughout this 22-year period,  there was one constant, one everlasting icon that Ford enthusiasts could count on – the flathead Ford V8.

When it became abundantly obvious even to Henry Ford that his Model T was on its last legs in the marketplace, along about 1927 or so, the old man wanted to assemble a V-8-powered car to take its place. With the company’s future hanging by a thread, though, an interim move created another four cylinder car, the Model A. END_OF_DOCUMENT_TOKEN_TO_BE_REPLACED

Mercury has always existed in a Never-Never Land  inside Ford Motor Company. The brand was established in 1939 to fill the huge gap that existed between the luxury Lincoln and the popular-priced Ford, but for some reason, in the 60-plus years, the product has been in existence, Ford execs have been unable to give it a strong identity.

Certainly, the mid-priced brands from General Motors —  Oldsmobile, Pontiac, and Buick — and Chrysler’s Dodge division have always had better-defined personas than Mercury, and that has always been to Mercury’s disadvantage. It seems that over the course of its history, Mercury has wavered from being just a tarted-up Ford to a near-Lincoln, which has made it improbable for the buying public to pin down. Of course, in the clutter of the American car market, if a brand has a puzzled image, it really has no image at all. END_OF_DOCUMENT_TOKEN_TO_BE_REPLACED