Fatigue Not Just An Irritant

Drivers are often reminded about the seriousness of drinking and driving. Yet research now indicates that tired drivers can be just as dangerous. The American Automobile Association (AAA) recently reported the top 10 driver errors and listed “drowsiness” at number two, just behind “distractions.” Based on a study conducted in Canada and the United States, the AAA report states that drowsiness, dozing off, entering the early stages of sleep, or drifting off for micro-sleeps that last more than a second are implicated in up to 40 percent of serious crashes, substantially higher than the 32 percent ascribed to drinking and driving, which was number three on the list. 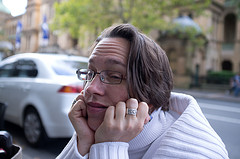 British researchers have found that extreme sleep deprivation can impair brain function as much as a .10 blood-alcohol level. Sleepiness impairs reaction time and attention, and it slows down your ability to process information, much the same as alcohol. According to the National Safety Council, the human body often compensates for lack of sleep by taking micro sleeps. These tiny naps last only a few seconds but can have deadly results; a car going 55 miles per hour can travel more than the length of a football field during a four-second nap.

Sleep is a natural function of the human body. When a person’s circadian rhythms (the body cycles that tell a person when to eat and sleep) become disrupted, several potentially dangerous things can occur. Sleepiness affects reaction time, attention, and information processing–all critical aspects of safe driving. Everyone is at risk of falling asleep at the wheel, but certain characteristics or events greatly increase that risk. For example, young people between the ages of 16 and 29 are more susceptible to fall-asleep crashes, with young men being particularly vulnerable.

It is a common misconception that the most at-risk group for falling asleep behind the wheel is commercial truck drivers. According to a 1998 report in the Journal of the American Medical Association, approximately 96 percent of sleep-related crashes involve passenger vehicle drivers; only about three percent involve truckers. Because sleep is a necessary and often uncontrollable function, all drivers are susceptible to falling asleep at the wheel.